I’ll start by saying that I’m not an ABBA fan at all. In fact, Mamma Mia is probably the worst musical film I’ve ever seen. I forced myself to watch it because I adore Amanda Seyfried and Dominic Cooper and that’s about as good as it got for me.

However, when I was invited to the press night at Hull New Theatre, I couldn’t say no. I can never decline a theatre invitation and it’s my mum’s favourite musical (besides Wicked) so I knew she would be grateful of the trip. I went into it with a open mind as I’ve not seen the stage show before and didn’t really know what to expect.

I’m also not the greatest fan of jukebox musicals so again, I tried to put this to the back of mind when sitting down to enjoy the evening. From the opening overture, I knew the band were spectacular; however, it would’ve been nice to enjoy the overture in silence but a group of four ladies behind me wouldn’t stop talking!

I enjoy seeing a show when the audience sings along, provided you can still hear the performers on stage. From the opening song seeing lead girl Sophie singing ‘I Have a Dream’ solo on stage, I knew audience participation would be at an all-time high. Despite having a wide music knowledge, there were a couple of ABBA songs in there that I didn’t know.

The entire cast of this show has talent flooding through their veins. Sharon Sexton, who played Donna, was a particular favourite of mine. Her raspy vocals gave her character grit and her rendition of ‘The Winner Takes It All’ was a tear-jerker. I would’ve loved to have seen more of a storyline between her and her daughter Sophie (Emma Mullen).

Donna’s friends, Tanya (Helen Anker) and Rosie (Nicky Swift) were also real highlights. The way the three ‘older’ ladies bonded as characters made me believe that this cast are friends in real life. These two provided most of the comedic moments of the show and I’d like to be them when I grow up.

Sophie’s three potential fathers, Sam (Rob Fowler), Harry (Daniel Crowder) and Bill (Jamie Kenna) rounded up the ‘adults’ in the show. Once again, each brought their own little sparkle to their characters. I thought Fowler’s Sam and Sexton’s Donna had some amazing chemistry; turns out they’re a couple in real life anyway!

The ensemble was a lot bigger than I thought it would be, considering how many named characters there are. I would’ve loved to have seen more ensemble numbers, with more choreography as there were some talented dancers on stage!

Despite the cast being incredible, I had some other issues with the rest of the production. The set is very minimal, with just two moving pieces representing Donna’s home and business. The lighting was very basic and there were a couple of spotlight delays throughout the show too.

Many of the songs just felt like they’d been plonked into the story and didn’t work with transitions. It felt like a carbon copy of what people who don’t like musicals think that musicals are like. At many points, the actors would just randomly burst into song, singing an unrelated song, with no relevance to the plot. The book itself could do with some work too as many scenes felt a little rushed.

Whilst it’s not the worst production I’ve ever seen, I wouldn’t rush to see it again. I was surprised that I didn’t hate it as much as I thought I would. That is down to the insane talent on the stage. Everyone from the leads to the ensemble is a credit to the show. I hope to see many of them in another show soon!

You can catch Mamma Mia at Hull New Theatre until 21st March or another of the UK tour dates, found here.

Have you seen Mamma Mia on stage? Are you a fan? 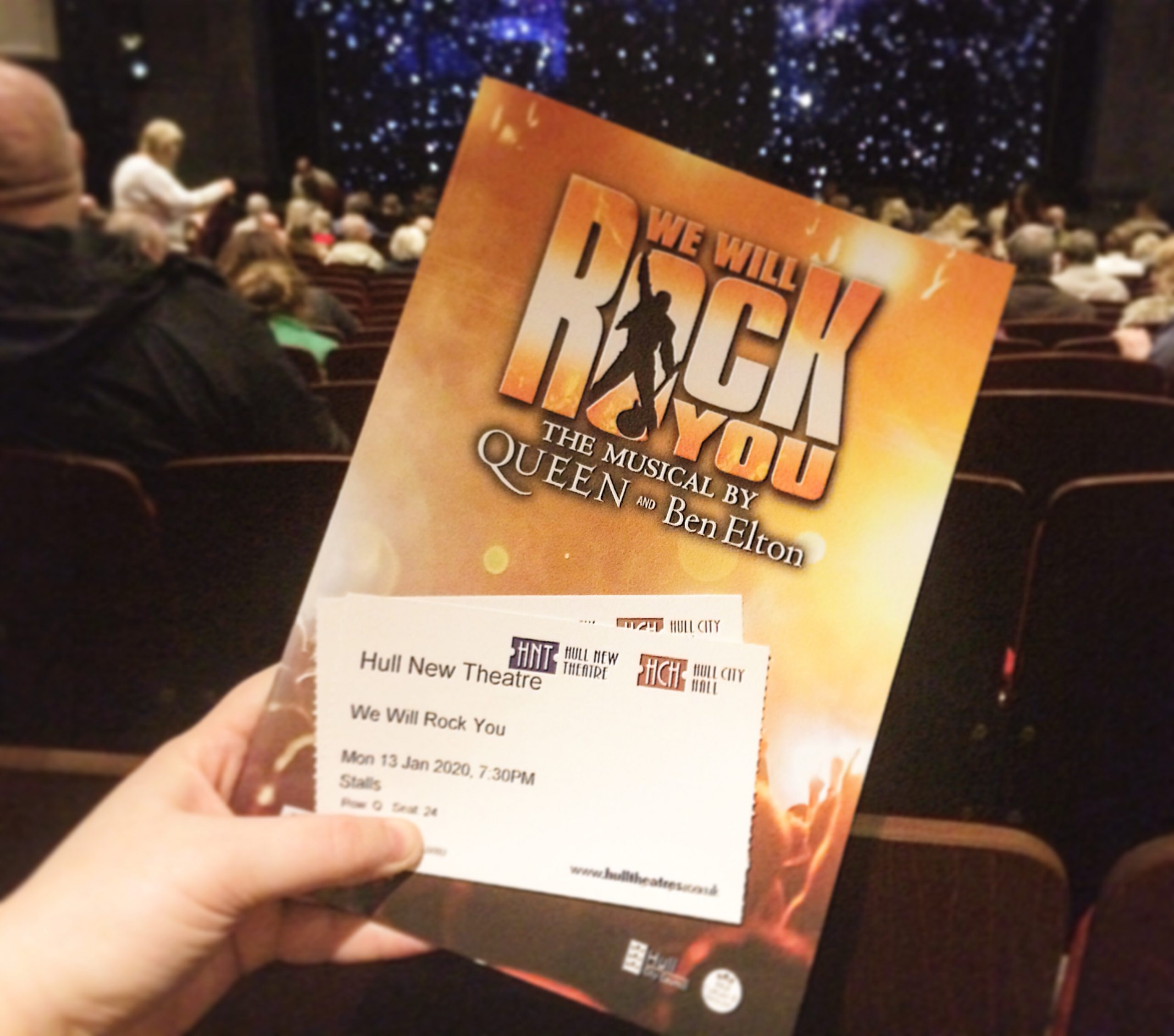 WE WILL ROCK YOU – HULL NEW THEATRE*

MESSAGE IN A BOTTLE REVIEW

My 2021 word of the year. This is only something

104 books! This is my second biggest achievement

(AD-gifted) How to plan your year. I know, I know

December 2020 goals. Did anyone else find Novembe