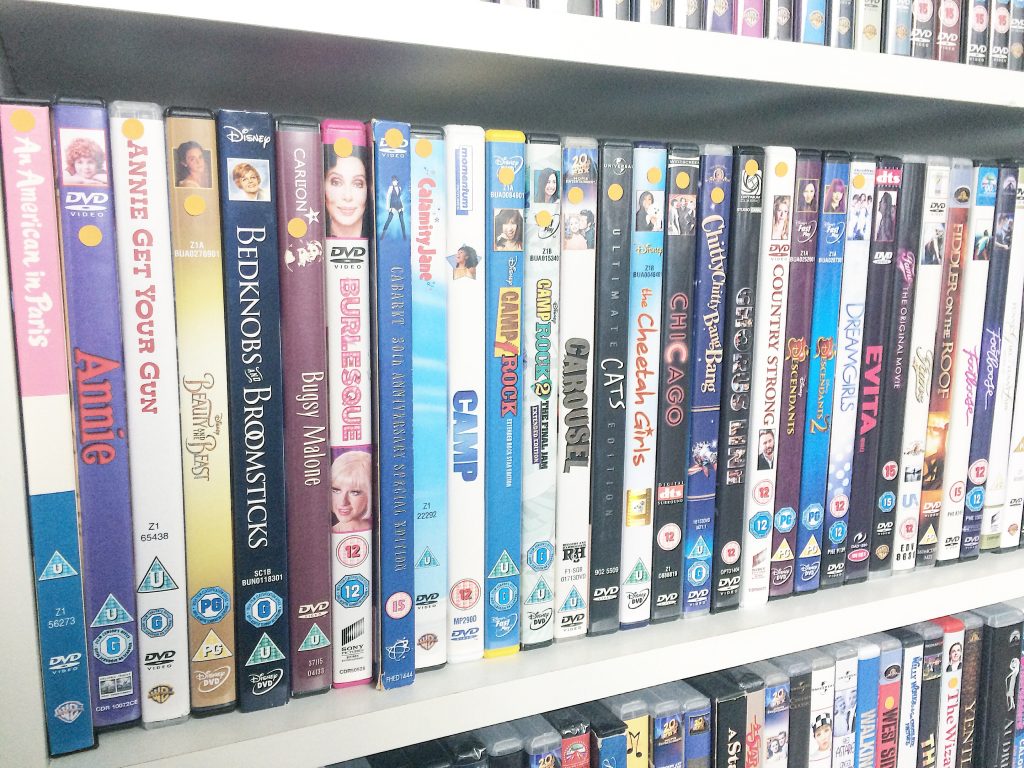 As you all know, I watch a lot of TV but I also watch a lot of films. Coming from a musical theatre background, I have always enjoyed singing and dancing. I could spend hours in a studio rehearsing and then still come home and have a musicals movie marathon. They’re a form of escapism for me. It does annoy me that movie musicals get a bad reputation: people seem to think that people just burst into a song at random and that everything is always happy and joyous. Those people obviously have a very narrow-minded view and have probably only seen the Disney Channel musicals!

Don’t get me wrong, I love those lighter musicals but many of my favourites have a little more meat to them. There’s a range of emotions and the characters reel me in. Many musicals can give you happiness and then sadness within ten minutes. They really do take you on a rollercoaster with your feelings!

As you can tell, it’s the one film genre that I feel most passionate about. I reckon if you find the right one for you, you certainly find a musical for you. My dad loves Jesus Christ Superstar, Tommy and Little Shop of Horrors. My mum is a huuuuge Mamma Mia fan and The Greatest Showman. There are some, the classics, that we watch as a family, like every Christmas, we watch The Muppets Christmas Carol (the best adaptation of the novel for a fact).

Because I deem myself some sort of a movie musicals expert (I’ve pretty much seen as many of them as possible numerous times), I’ve compiled a list of my ten favourites. I’ve listed them in alphabetical order because I can’t possibly rank them! PS The orange dot stickers means I’ve watched in the past year or so, I’m trying to make my way through my collection again!

If you’re after a short, lighter musical, Bugsy Malone is the one for you. Lots of kids playing pretend gangsters and fake guns, the soundtrack is such a singalong from start to finish. It’s basically a spoof of the Prohibition era and it will leave you smiling all day long.

As amazing as the soundtrack is, it’s the story that is the most impressive. Tracy Turnblad stands up against segregation and becomes a great spokesperson for equal rights. I much prefer the 2007 film version, probably because of my Zac Efron love.

Oh look, another Zac Efron film! This is the best trilogy for a girls’ night in, just make sure you’re all prepared for a singalong. It might not be the best storyline but the songs are great and you’ll be singing them for days! Make sure you learn the dance moves in all three films too!

Best song? Gotta Go My Own Way or Can I Have This Dance?

This is a film I’ve only watched for the first time in the past year but it’s already a firm favourite. Anna Kendrick and Jeremy Jordan complement each other so well and I really enjoy the portrayal of the story through mostly songs. They both have exceptional vocals too, which is the highlight for me.

Best song? Still Hurting (but the entire soundtrack is amazing!)

A favourite in our house, I will never get sick of watching this musical. The characters, the plot and the songs are all silly but work well with the story. I’ve never seen the original film but I imagine it works so much better as a musical. Audrey II is the best character hands down. However, this film did start my fear of going to the dentist. Look out for celeb cameos too!

Not the easiest film to watch, again the soundtrack steals the show. I’d love to see the stage version of this because I’d love to see how it works on a stage. Idina Menzel is one of my musical idols so of course, she’s my favourite actress in this. The cast is pouring with talent, many from the original Broadway production too.

Best song? Take Me Or Leave Me

Another musicals icon of mine is Gene Kelly. Probably my favourite dancer on screen because he makes everything look effortless. I have seen so many of his film but Singin’ In The Rain is probably the best. It’s simply iconic and has that old-school charm. They definitely don’t make musicals like this anymore.

8. The Sound of Music

Probably the movie musicals that I’ve seen the most as I’ve been watching it since I was a kid. For me, the Von Trapp children make this whole movie as they are so charming. Julie Andrews will always be a musical legend and this is my favourite work of hers.

Best song? The Lonely Goatherd or So Long, Farewell 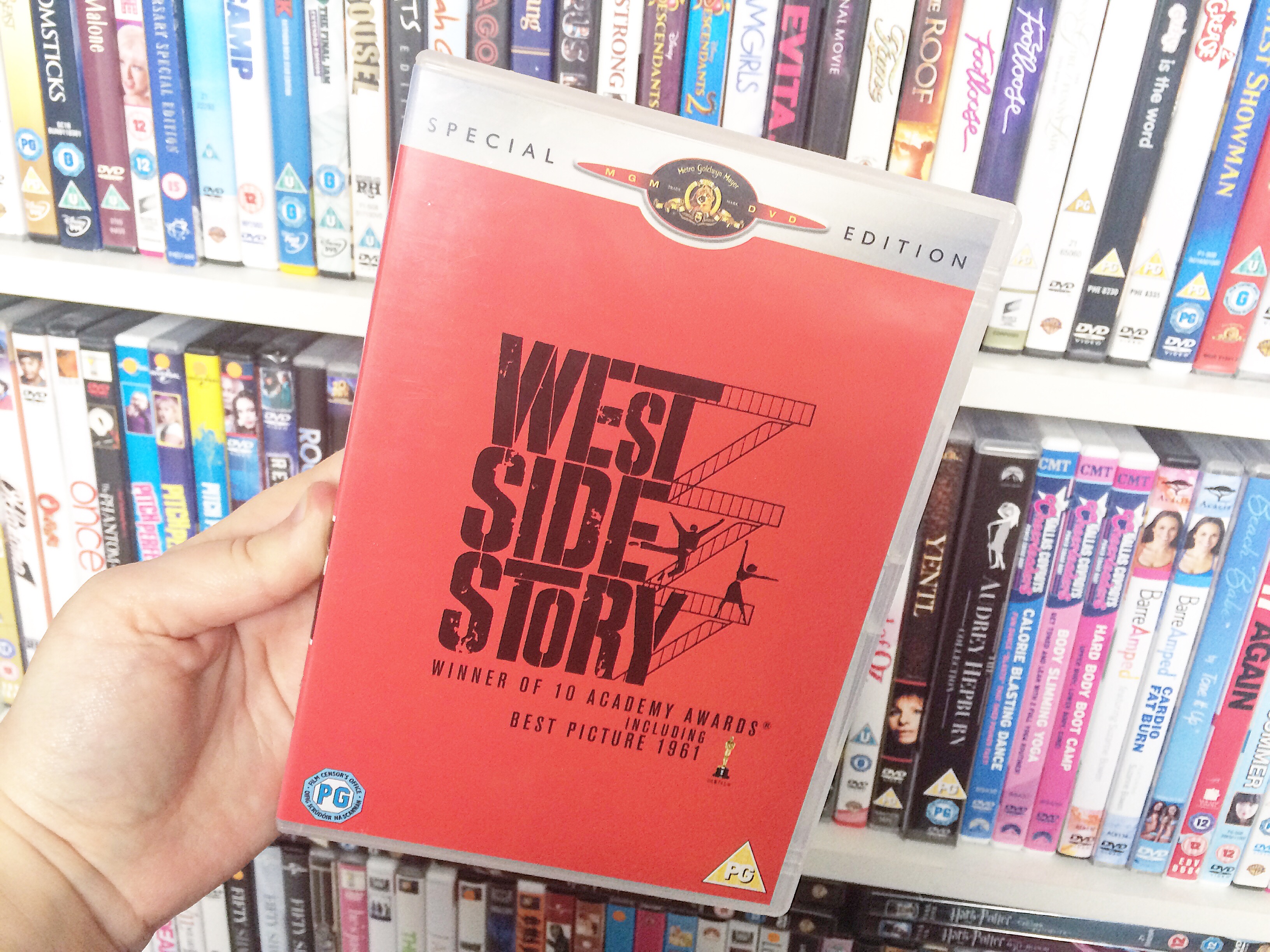 This is my favourite musical of all time because everything is sublime: costumes, soundtrack, vocals, acting. Despite the two leads having their vocals dubbed, this film turns me into an emotional wreck every time. Rita Moreno is sublime as Anita and I can’t wait to see her in the remake. I am hesistant about it though because I love the original so much.

Judy Garland is my favourite actress ever, despite her fall from grace, because her talent was second to none. Such a stunning voice at such a young age, she carries this entire film. The supporting cast of the Lion, the Tin Man and the Scarecrow are also excellent and it’s one of those films that everyone can watch too!

If you’re looking for more recommendations, feel free to Tweet me or send me a DM on Instagram. I’m always happy to share my musicals love!

Do you have a favourite movie musical? Do you prefer the classics or the newer films? Leave me a comment below!

AD – HULL IS WHERE THE HEART IS